Grand Theft Auto V for PC features an all-new First-Person Mode that gives players the chance to explore the incredibly detailed world of Los Santos and Blaine County in an entirely new way, both in Story Mode and Grand Theft Auto Online.

Los Santos: A sun-drenched, sprawling metropolis once the envy of the Western world, full of self-sufficient gurus, stars and fading celebrities, now struggles to survive in an age of economic uncertainty and cheap reality TV. Amidst the turmoil, three very different criminals risk it all in a daring and dangerous heist streak that could prepare them for life.

Grand Theft Auto V, the largest, most dynamic and most diverse open world ever created, and now filled with new layers of detail, blends storytelling and gameplay in new ways as players repeatedly enter and exit the lives of the game’s three main characters. intertwined story of both sides of the game. 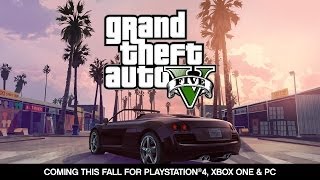 Marvel’s Guardians of the Galaxy – PlayStation 5

$59.99
Added to wishlistRemoved from wishlist 0

$23.52
Added to wishlistRemoved from wishlist 0

$43.52
Added to wishlistRemoved from wishlist 0

$0.71
We will be happy to hear your thoughts

No posts for this criteria.
About Dealsbull

Dealsbull is an deal and coupon site that offers you the best deals and sales with an understanding of shopping-based social network platform.